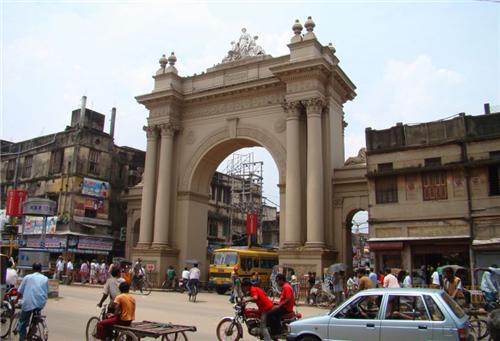 Curzon Gate is one of the most popular tourist destinations in Bardhaman and this historical monument is located at the very centre of the town at the meeting point of the Grand Trunk Road and B.C. Road. Erected in the year 1903, the resplendent and imposing structure of the Curzon Gate was erected upon the orders of the King of Burdwan, Maharaja Bijoy Chand Mahtab to greet and receive Lord Curzon, the then Viceroy of Bengal at the entrance of the town of Bardhaman. The monument was named thus in Lord Curzon’s honour and is also known as both Vijay Toran in Hindi and Bijoy Toron in Bangla. 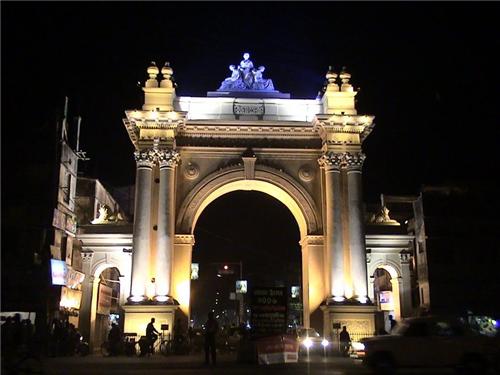 Curzon Gate was built following the architectural design of the Gateway of India in Mumbai in Maharashtra and was worked on by an Italian sculptor. The pillars of the gate and the sculptures of the lions on the sides, the cornice, the three fairies at the top and the decorations which are gradually wearing away are one of the finest examples of sculpting. The former name of the gate was the ‘Star of India’ which was later changed.

Tourists who visit the gate are fascinated by the spellbinding architecture of the monument that is prominently visible in the two side arches as well as in the main arch of the gate. The Royal Palace, wherein the kings and the queens resided is at a mere distance of one kilometre from the gate. A beautiful painting of the memorial was done by A.F. Hugh and was gifted to the citizens of Barddhaman.

How to reach Curzon Gate 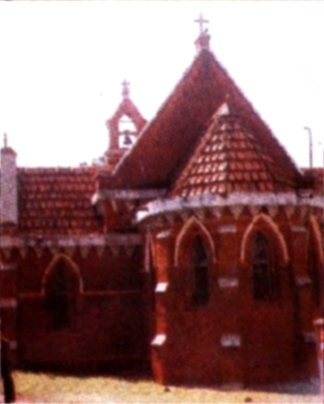 The Bardhaman Girija Ghar or the Christ Church is just adjacent to the Curzon Gate. People visiting this historical Curzon Gate can also visit this church made up of red hued bricks which attracts people from the different sections of the society during the various festive occasions. The church also remains open for all in the mornings on every Sunday.

The Sanskriti Metro Movie Theatre in Kalibazaar Para in Bardhaman is also near the Curzon Gate. People can go and watch the latest movies in this newest edition of the Sanskriti Cinema Hall which has decent picture as well as sound qualities. The Bardhaman Municipal High School and the Town Hall are also near the Curzon Gate further down the Grand Trunk Road. Being on the centre of the city of Bardhaman, Curzon Gate is surrounded by various shops and bank branches as well as ATM machines which can be easily accessed by the tourists as well the residents of Bardhaman.

The Royal Hotel located at the crossing of the Grand Trunk Road and Curzon Gate offers a variety of vegetarian and non-vegetarian Indian foods as well as desserts. In addition to this, there are also a number of restaurants like Bidisa Restaurant, Anytime Hotel, Chandni, City Hotel, Khai Khai, Moinak Restaurant, Olive Inn and Uttarayan Restaurant. These are further down the Grand Trunk Road and the B.C. Road and serve a wide variety of delectable cuisines which include vegetarian and non-vegetarian North Indian, Chinese, Tibetan, South Indian and Tandoori dishes.