Fairs and Festivals in Bardhaman

There is a quite common and well-put proverb in Bengali that is very popular in West Bengal; ‘Baaro Maashe Tehro Porbo’ which literally means that there are thirteen festivals in twelve months. Hence, it justifies the fact that West Bengal is known as the land of myriad festivals, each of which is commemorated with great pomp and splendour. Because of its diverse and multicultural history, each and every festival of different religions is celebrated with much gusto and with the same enthusiasm in Bardhaman following the customs and traditions that have been associated with them for years. 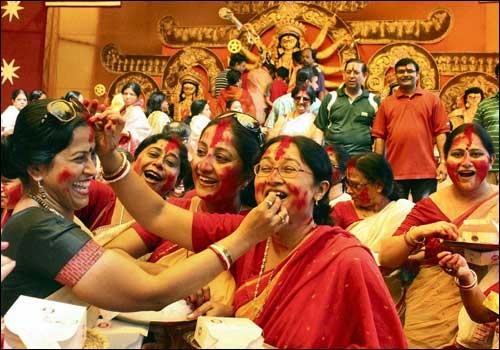 The major festival in Bardhaman is Durga Puja which is waited for by the people all the year round. Preparations for Durga Pujo start months in advance with small community associations planning about the event and its execution for months. Idol makers start making the clay idols two-three months in advance with the streets of the city being filled with exquisite idols prior to the days before the Puja.

There are small pandals in each and every lane in Badhaman where each pandal has its own Durga idol set up in the most innovative and beautiful themes. The residents of Bardhaman also begin their Pujo shopping with months to spare with people buying new clothes for every day of the Pujo as well as exchanging gifts with their friends and relatives. The days of the Durga Puja are like a week-long carnival whereby people offer their prayers to Goddess Durga, eat good food and visit the countless pandals to see the exquisitely crafted Durga idols.

Another festival that has a local significance in Bardhaman and is celebrated with much joy and grandeur is Maha Shivaratri whereby a big fair is set up in the complex of the 108 Shiva Temples in Bardhaman that goes on for about a week. Hundreds of devotees gather here along with their families to seek blessings from Lord Shiva as well as to enjoy the fun and frolic and the festivities of the fair. 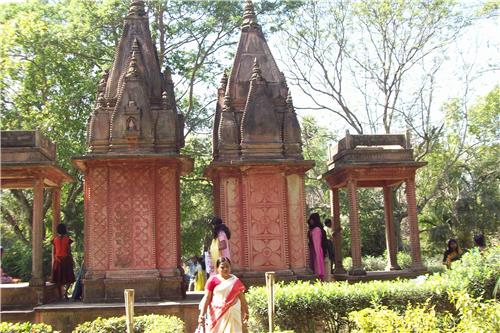 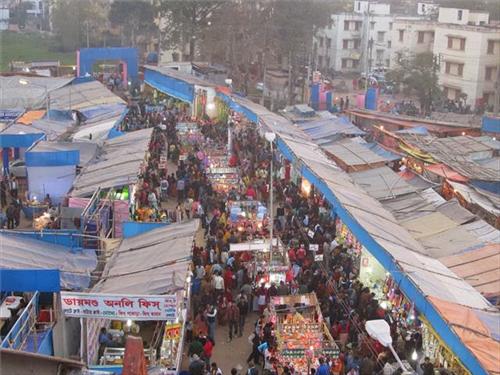 The Bardhaman Utsav is a ten-day long fair that is organised by the Municipality of Bardhaman. Set up in the huge grounds in the city, this fair draws crowds from all over the city of Bardhaman as well as from the neighbouring cities and villages. Numerous stalls are set up in the fair selling food items like puchka (golgappe), jalebi, cutlets, rolls, etc, the varied handicrafts of the state of West Bengal, electronics, clothes, gift items and myriad of other things and trinkets.

There are various swings and rides also set up for the fun and joy of kids and adults alike. The Bardhaman Utsav also sees a number of competitions, exhibitions and cultural programs being organised for the entertainment of the people coming into the fair. Renowned singers, dance groups and drama artists are called in to perform at the fair as well. Thus, the Bardhaman Utsav is truly a hallmark and a symbol showcasing the diverse culture of Bardhaman.

Hence, we can see that the numerous fairs and festivals in Bardhaman highlight and present the rich multicultural heritage of Bardhaman showcasing its culture, customs and traditions in a glorious way.

Explore more about Culture in Bardhaman