There are quite a number of places which are located in the district of Burdwan such as the cities of Asansol, Durgapur, Kalna and Katwa as well as the towns in the adjoining districts of Hooghly, Nadia, Birbhum which can be easily accessed from the main town of Bardhaman. These places provide refreshing views into the culture and lifestyle of West Bengal which make for quite interesting tourist vacations and breaks. These places also serve as perfect weekend getaways and offer some great places for sightseeing, for pilgrimage as well as for relaxation. The places near to the Bardhaman district which can be easily travelled from the main town of Bardhaman are as follows: 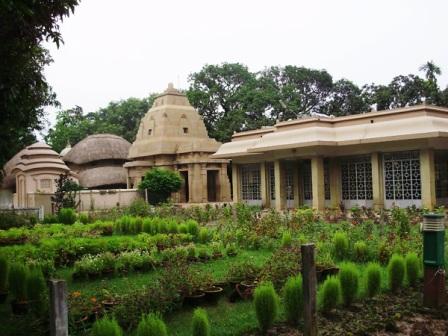 Kamarpukur is a small village in the Hooghly district that is popularly known as being the birthplace of the great saint Sri Ramakrishna. Sri Ramakrishna’s original house has been converted into a temple and the ‘Ramakrishna Math’ has been established where tourists can pray and learn more about Sri Ramakrishna. The ancient village of Kamarpukur has quite an old-world charm which attracts tourists and acts as an excellent weekend destination from Bardhaman.

Other places of attraction include the Yogi’s Shiva Temple, the Raghubir Temple, the Haldar-Pukur, Manik Raja's Mango Grove, the Temple of Gopeswar Shiva, Dhani Kamarini's Temple, the Mukundapur Shiva Temple, Sitanath Pyne's House and Chinu Shankhari's birth-place. Kamarpukur is a well- renowned pilgrimage centre as well as a beautiful scenic destination. The calm and tranquil scenery of the village offers a great place for solitude, rejuvenation and relaxation.

How to reach Kamarpukur from Bardhaman

Kamarpukur can be easily reached by travelling via buses and rented vehicles. It can be also reached by trains through a short journey. However, Kamarpukur does not have railway station and tourists have to get down at Kamarkundu which is the nearest train station connected to Bardhaman.

Finding a place to stay in Kamarpukur for the weekend is very easy as there are numerous hotels and guest houses spread all across the city which suit the budgetary requirements and needs of all kinds of tourists. Some of them include the Kamarpukur Lodge, the Gadadhar Lodge, the Relax Lodge and the guest house of the Kamarpukur Math. 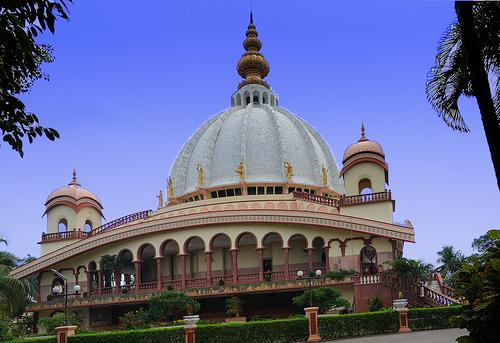 Situated in the district of Nadia, Nabadwip is a small town with a circumference of 30 miles and comprises of nine islands which together look like a lotus flower with eight petals. Literally meaning ‘nine islands’, the town of Nabadwipa is a popular religious destination with over 185 temples located in and around the place. The town is situated at the confluence of the Bhagirathi and Jalangi rivers and is known for being the birthplace of Sri Chaitanya Mahaprabhu. With a great historical heritage, Nabadwip is a beautiful pilgrimage spot and its main tourist attraction is the Shonar Gauranga, the temple dedicated to Sri Chaitanya Mahaprabhu which houses a golden statue of Sri Chaitanya. The town is also witnesses many religious activities undertaken by the ISKON foundation. 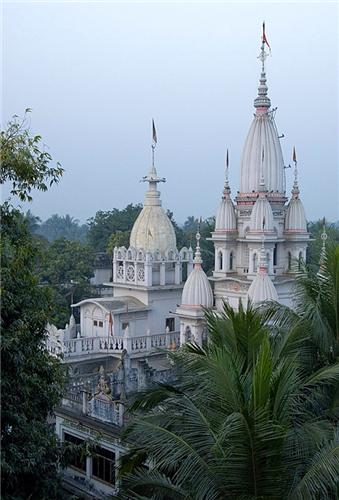 How to reach Nabadwip from Bardhaman

Nabadwip has good railway connectivity with Bardhaman and can be easily reached. In addition, there are frequent bus services that can be availed by tourists travelling from Bardhaman to Nabadwip.

Tourists travelling to Nabadwip from Bardhaman for the weekend can rent rooms at cheap tariffs at the guest house of Sri Chaitanya Saraswat Math in Nabadwip. 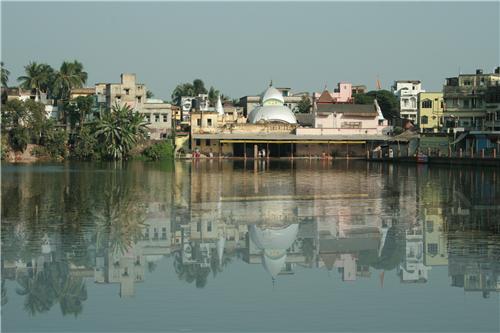 Tarakeshwar is a famous religious spot in West Bengal that attracts devotees from all over the India as well as the world. Located in the district of Hooghly, Tarakeshwar is a centre for the Shiva sect in West Bengal. A major attraction of the place is the Tarakeshwar Temple dedicated to Lord Shiva which also houses the shrines of Goddess Kali and Lakshmi-Narayan. A weekend trip to Tarekeshwar from Bardhaman for the tourists can also include a visit to the neighbouring towns of Gopdanga, Chautara, Magra and Balgarh as well as a tour to the Sunderbans Tiger Reserve.

How to reach Tarakeshwar from Bardhaman

Bus services are easily available to travel from Bardhaman to Tarakeshwar. Tarakeshwar can also be reached conveniently by the railways. However, since Tarakeshwar does not have railway station, tourists travelling from Bardhaman have to get down at either the nearby Howrah Junction or the Kamarkundu station and hire vehicles from there to reach Tarakshwar.

The West Bengal Tourism Development Corporation (WBTDC) owns the Tarakeshwar Tourist Lodge which provides rooms with all modern amenities. Apart from this, there are numerous hotels and guest houses in the town such as the Tirupati Bhawan, the Shivshakti Guest House, the Taraknath Bhawan, the Yatri Niwas and so on. 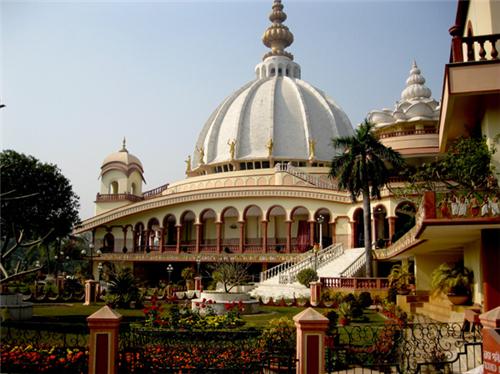 Mayapur is located in the district of Nadia and is situated at the junction of the Ganges and the Jalangi River. It is the headquarters of the ISKON foundation and is considered to be a sacred place by a large number of pilgrims within the traditions of Vaishnavism and Hinduism.

Tourists travelling from Bardhaman can visit this soothing and quaint place on the banks of the Hooghly River and enjoy the serene and religious ambience devoted to Lord Krishna and Radha. Other places of interest in Mayapur for people spending a weekend holiday from Bardhaman include the Chandrodaya Temple, the Samadhi of Prabhupada, the Sree Chaitanyamath, the Goswami Maharaj Temple of Dashavatar and Chand Kazi’s Samadhi.

How to reach Mayapur from Bardhaman

Mayapur can be easily reached by trains or cars and the time taken to travel from Bardhaman to Mayapur via buses and cars may vary depending upon the road and traffic conditions.

Accommodation in Mayapur can be easily arranged in guest houses like the Conch Bhavan, the Gada Bhavan, and the Vamsi Bhavan. Economy accommodations for tourists coming into Mayapur from Bardhaman can be found in the the Gauranga Kutir, the Nityananda Kutir and the Chaitanya Bhavan Guest House. 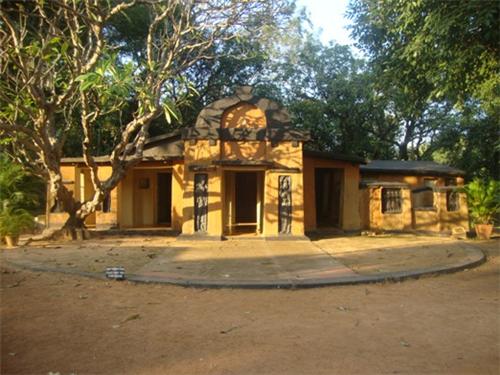 Situated in the Birbhum district of West Bengal, Shantiniketan is a small town near Bolpur and is a university town (Vishwa Bharati University) founded on the vision by the famous Nobel Laureate Rabindranath Tagore. Shantiniketan serves as a perfect weekend getaway from Bardhaman due to its immense historical legacy and attracts thousands of visitors each year. The beautiful and natural scenic surroundings along with the various buildings in the Vishwa Bharathi campus are the highlights of the town. 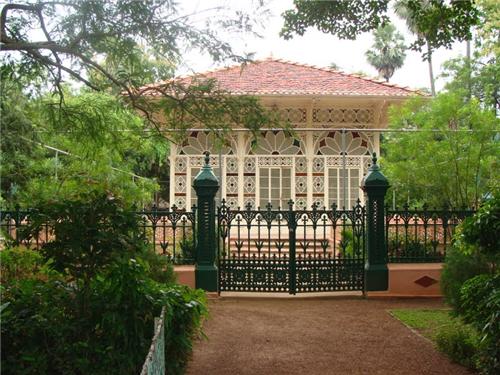 The buildings include the Kala Bhavan (college of arts and crafts), the China Bhavan (Chinese faculty), the Sangeet Bhavan (school of dance and music), the Patha Bhavan (the Brahmacharya School), the prayer hall, the research institute and the museum. Other tourist attractions of Shantiniketan constitute the beautiful paintings, sculptures and murals of Rabindranath Tagore, Nandalal Bose and many others and the famous fairs and festivals like the Poush Mela in December, the Joydev Mela in January and the Basanta Utsav in March.

How to reach Shantiniketan from Bardhaman

Good motorable roads connect Shantiniketan with Bardhaman and make travel easy and convenient for the tourists. Bolpur is a nearest train station connected to Bardhaman through which Shantiniketan can be reached easily and in comparatively less time.

Lodging can be arranged in Shantiniketan by renting rooms in hotels and guest houses such as the Shantiniketan Tourist lodge, Hotel Camellia, the Chhuti Holiday Resort, the Bolpur Lodge and many others. 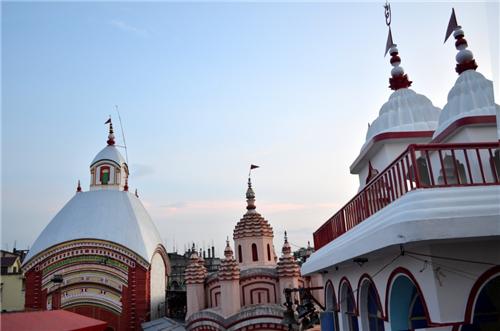 Tarapith is renowned as the temple town in the Birbhum district in West Bengal and serves as a popular pilgrimage destination for the religious minded tourists visiting from Bardhaman. Located on the banks of the Dwarka River, Tarapith is a typical Bengali village with thatched roof huts and fish tanks which attracts a large number of devotees. A prime attraction of the place is the Tantric Hindu temple dedicated to Goddess Tara and its adjoining cremation grounds where Tantric rites are performed. The famous Bamdev Shangha Ashram along with a host of many smaller temples can also visited by tourists and devotees in Tarapith.

How to reach Tarapith from Bardhaman

There are several private hotels in Tarapith such as Hotel Yashoda International, Hotel Shonar Bangla, Hotel Shanti Niwas, Hotel Meghnath and many more which offer all modern amenities making the visitors’ stay a memorable experience.